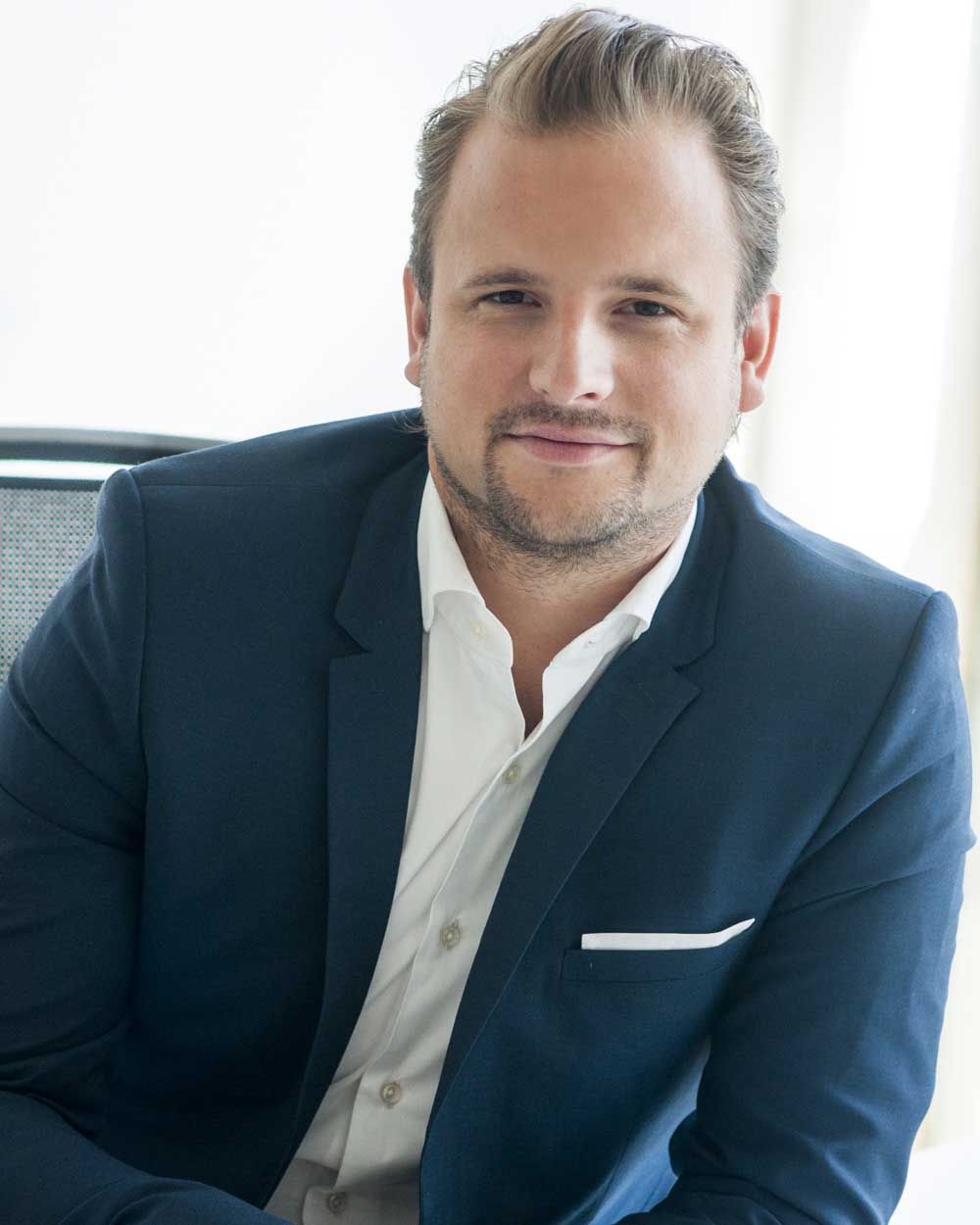 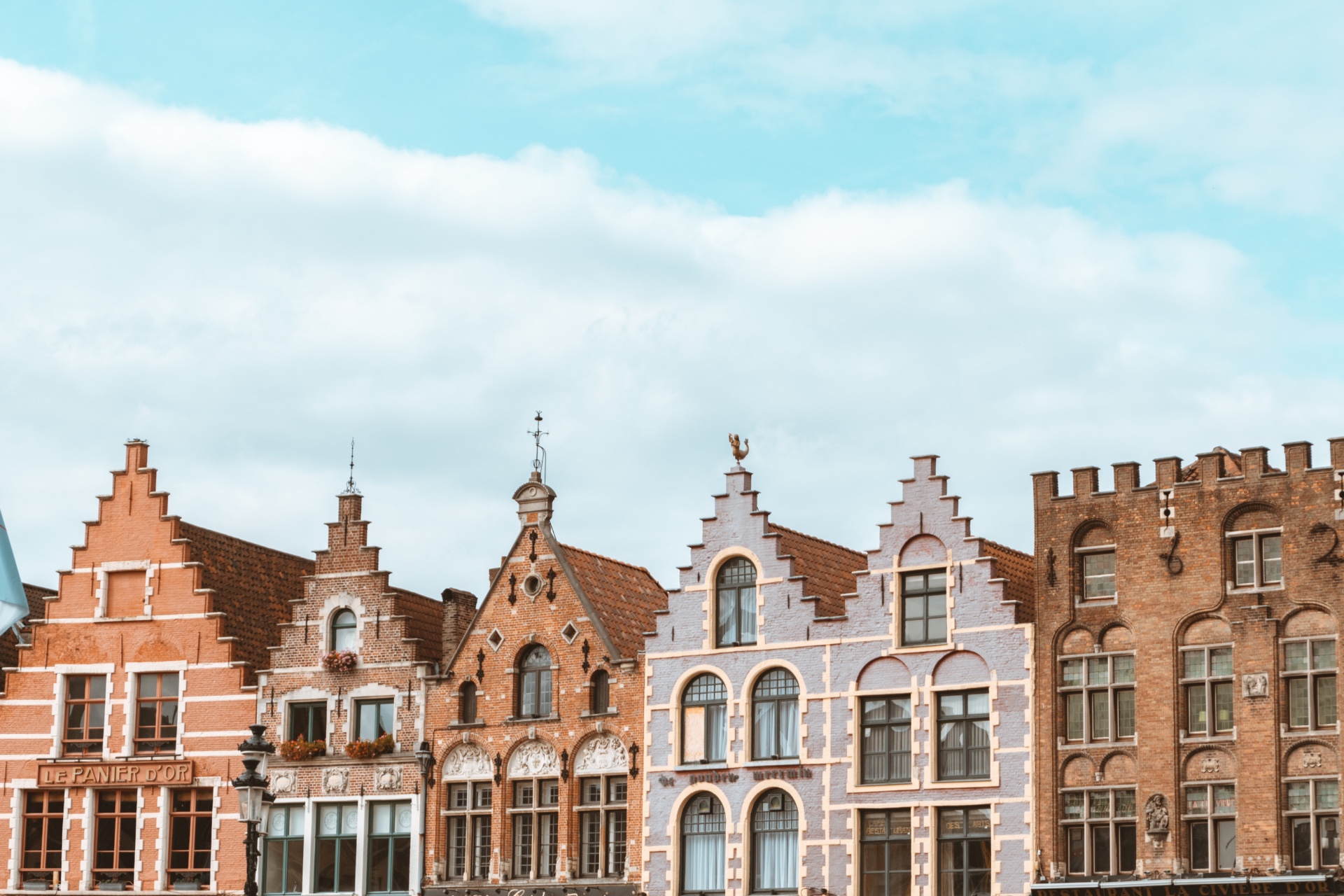 The Belgian student housing market is a dynamic market currently undergoing a full evolution. This market exhibits significant differences based on locality in terms of demand, supply, regulations and usable data. However, student housing plays a crucial role in supporting state-of-the-art higher education, and a global overview of this sector is indispensable to understanding its professionalisation and consolidation.

Attracting a qualified student audience is important. After all, this would contribute to the development of a knowledge economy, which ultimately also contributes to strengthening the socio-economic fabric of student cities and, by extension, the entire Belgian region (which, of course, does not only apply to Belgium). The student accommodation market emerged from a little brother under the encompassing banner of "residential real estate" to a stand-alone and gradually maturing asset class. But like an individual on the road to maturity, one must first pass adolescence — a stage in which certain growing pains have to be dealt with.

The student accommodation market in Belgium is characterised by strong fragmentation and a set of regulations (that are not always transparent) at various levels. These regulations come from federal, regional, and local governments and are sometimes driven by educational institutions. This regulatory framework is divided into several legal pillars that can be broadly categorised under urban planning and urban development (permits), housing quality, (fire) safety and hygiene, and rental legislation.Local authorities often provide rules on the subdivision of buildings, safeguarding classic residential housing, and the pursuit of student complexes of a certain minimum size.

Certain cities impose obligations on landlords to be allowed to operate student rooms (e.g., an operating licence). Compliance with this regulatory framework requires intensive monitoring, which requires the necessary expertise, and will drive the sector towards further professionalisation and consolidation. It also highlights the increasing focus on this property segment. Whereas in the past, student accommodation often had to comply with common law rules from a construction and rent regulations point of view, now there is a noticeable evolution towards a further focus on this segment with specific rules being applied.

In Belgium, the situation with student rooms is characterised by a mismatch with demand being greater than the available supply. This is often accompanied by competition between student accommodation and the regular residential market that many cities struggle with, which is also linked in a broader international context to the phenomenon of the studentification of neighbourhoods.

This in turn leads to considerable controversy in public and political debates. Often, however, various problems or proposed solutions are variations of the same constant, namely the need for additional supply (lack of supply)and the need for transparency in the existing supply (lack of transparency).There is insufficient insight into the current occupancy situation — such as who resides where, in which buildings, the number of existing digs, and how many should be added — and an invisible creature is hard to tame.

More supply however, requires a change in mindset. Departing from the international student scene (where much of the expected growth will come from), the Low Lands region is one with good appeal, offers a higher education of good standard with English TaughtPrograms, has a central location, and is affordable compared to Anglo-Saxon alternatives. The basics are in place and then it comes down to flanking it with an adequate student accommodation policy. The acute shortage of student rooms requires additional supply which unavoidably brings us to the issue of permits.

Here lies an important role for the government, but the interests of local residents are a significant factor as well. Permits are often synonymous with resistance, and support must be created among local residents and other stakeholders in order to recognise the importance of the student public. Students then also must ensure the liveability of the neighbourhood with the necessary framework and ofcourse by their own actions.

There is also a need for more decisiveness and a faster procedural turnaround time for permits with more legal certainty.Additional supply does not have to be reduced to a construction frenzy and the occupation of more available land. Consider reconversions, higher buildings, smaller units with greater density per building, and even modular or temporary facilities with options to reconvert them again if there would ever be too much additional supply.

There is a huge vacancy of office buildings that may not be immediately reoccupied in the current climate (less office space, more flexible working, etc.) and as such, might be a match made in heaven that should at least be explored. Student villages or student hubs are also being mooted from various quarters. This is also defended by the "Flemish Association ofStudents" (VVS), which has successfully claimed its seat at the table in recent years.

There are also those calling for a review of certain housing quality standards. It goes without saying that we should not turn back the hands of time when it comes to hygiene and safety, but perhaps in other areas we should dare to go back to basics in the interest of an expanded and more varied supply. Rethink, for example, the surface standards of both rooms and communal areas (current Belgian standards start with 12 m² for a basic room).

Perhaps smaller rooms with modular furnishings could be provided so that space utilisation is optimised and a greater density in student residences can be created, whereas now a permit process is sometimes a race to the bottom in terms of the number of units. Common spaces are undeniably a plus. Facilitating mutual contact should be promoted in a digital world where we are all connected but many are lonelier than ever.

But the proportionality of such spaces may still be reconsidered. For instance, not everyone cooks their meal at the same hour, insofar as they are not already served by the Deliveroos of this world, or they eat in their room during a study or gaming session. This supports supply, and then this supply has to be balanced with mutual rights and obligations, where the applicable rent legislation has a special role to play.

We need to talk

As was mentioned earlier, the alignment of rental legislation with the specific segment of student accommodation is a recent phenomenon. Previously, student rental agreements were left to the general rental legislation (e.g. the same as for renting a garage). A specific noteworthy aspect inserted in the three Regions are the termination options for students. In Flanders, a student can essentially terminate their rent when their studies are being terminated (subject to 2 months' notice) and in Wallonia, this can be done until 15 March with 2 months' notice and a three-month fee(subject to exceptions).

The most far-reaching is the right to terminate a student rental contract in Brussels at any time and without motivation with 2months' notice. This is an aberration in the legislation that puts a disproportionate imbalance on the landlord-tenant equilibrium. It does not support any responsibility and the consequences are placed entirely on the owners and operators. This does not in itself determine rent levels, but it does not encourage any leniency either. Just as parents and children might experience a“we need to talk” moment, the rental legislation has now been applied for years already and is therefore ripe for a round of evaluation.

Ultimately, it comes down to a need for laws that are well-balanced and protect both tenants and landlords fairly. From the landlord's side, solid quality should be expected, with a sufficient degree of technical and operational support and transparency. For example, in terms of rents and ancillary costs, students would benefit from a total "Cost OfTenancy", leaving only the settlement of energy consumption as a variable.

By being more energy-efficient the total Cost Of Tenancy can also be reduced. However, students can be expected to show the necessary responsibility (after all, this is also part of the road to maturity)in terms of cleanliness and waste disposal. Ecology is high on the agenda of the younger generations but there seems to be at least some room for improvement when it comes to cleanliness, sorting waste etc.

A holistic thinking exercise should be made here for the benefit of energy and waste management, cleaning, the costs of cleaning, food waste, and so on. In Flanders, for instance, cleaning and waste handling cannot be charged separately to the students. This is a good and fair thing from a price transparency perspective, but it does not encourage a more conscious approach to waste processing, for instance. There is a big responsibility and challenge there that requires efforts from all parties involved (owners and operators to facilitate this, students to make use and take care of).

The road to maturity is not about adolescents (in the form of students) rebelling against their finger-pointing parents (landlords). Rather, this road is marked by mutual consultation between two parties who have their own legitimate interests. This can then lead to balanced rights and obligations resulting from cooperation between policy makers, owners, operators, student representatives, and other stakeholders. Starting from a shared understanding of the added value of a student population, in which everyone does their bit, this segment can be lifted to its next level with even greater distinction all the way towards maturity.

More from this chapter 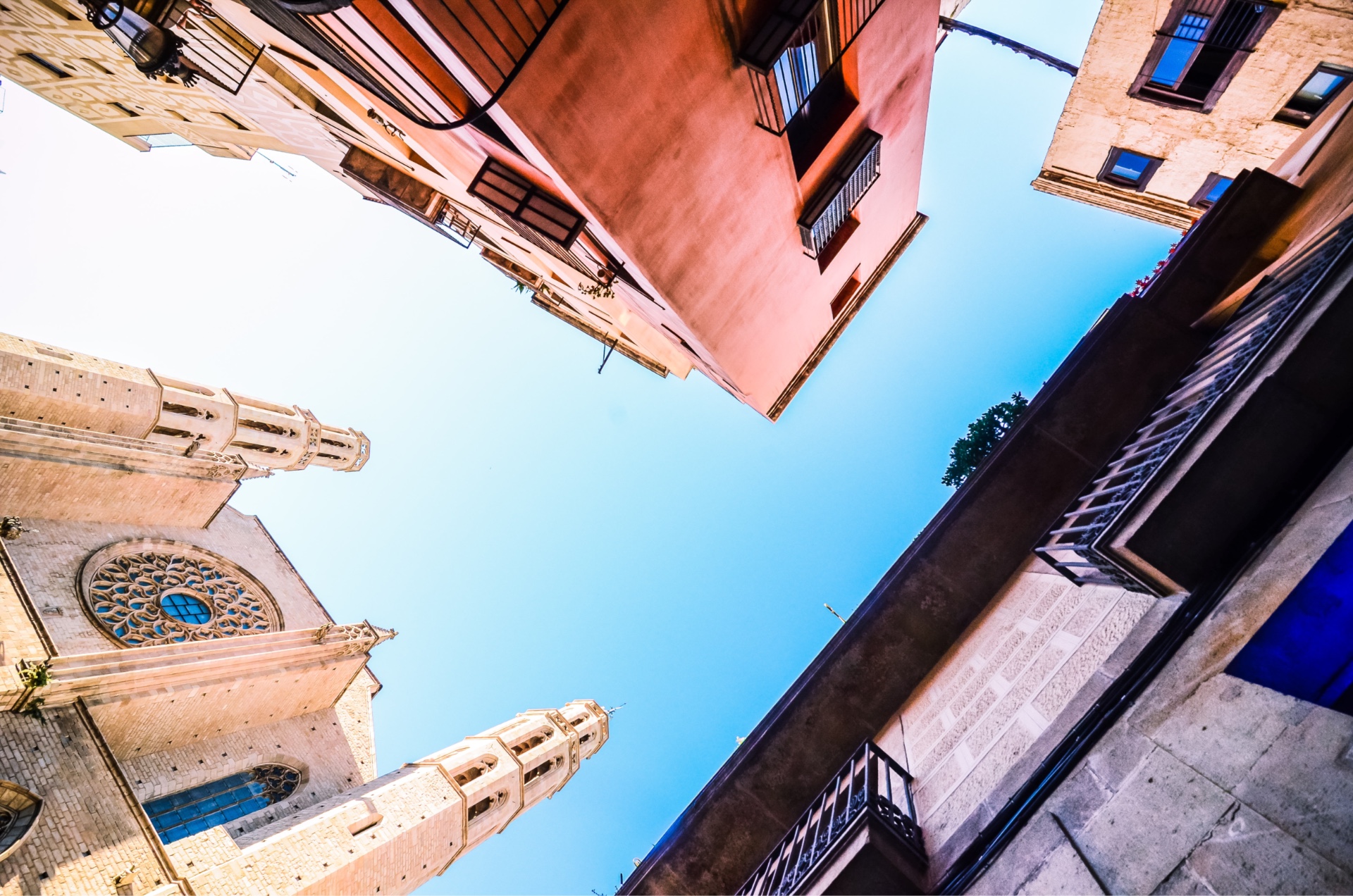 Policy Reform in Spain: Impacts on the State of Young and Student Living
Patricia Klopf, Ph.D. 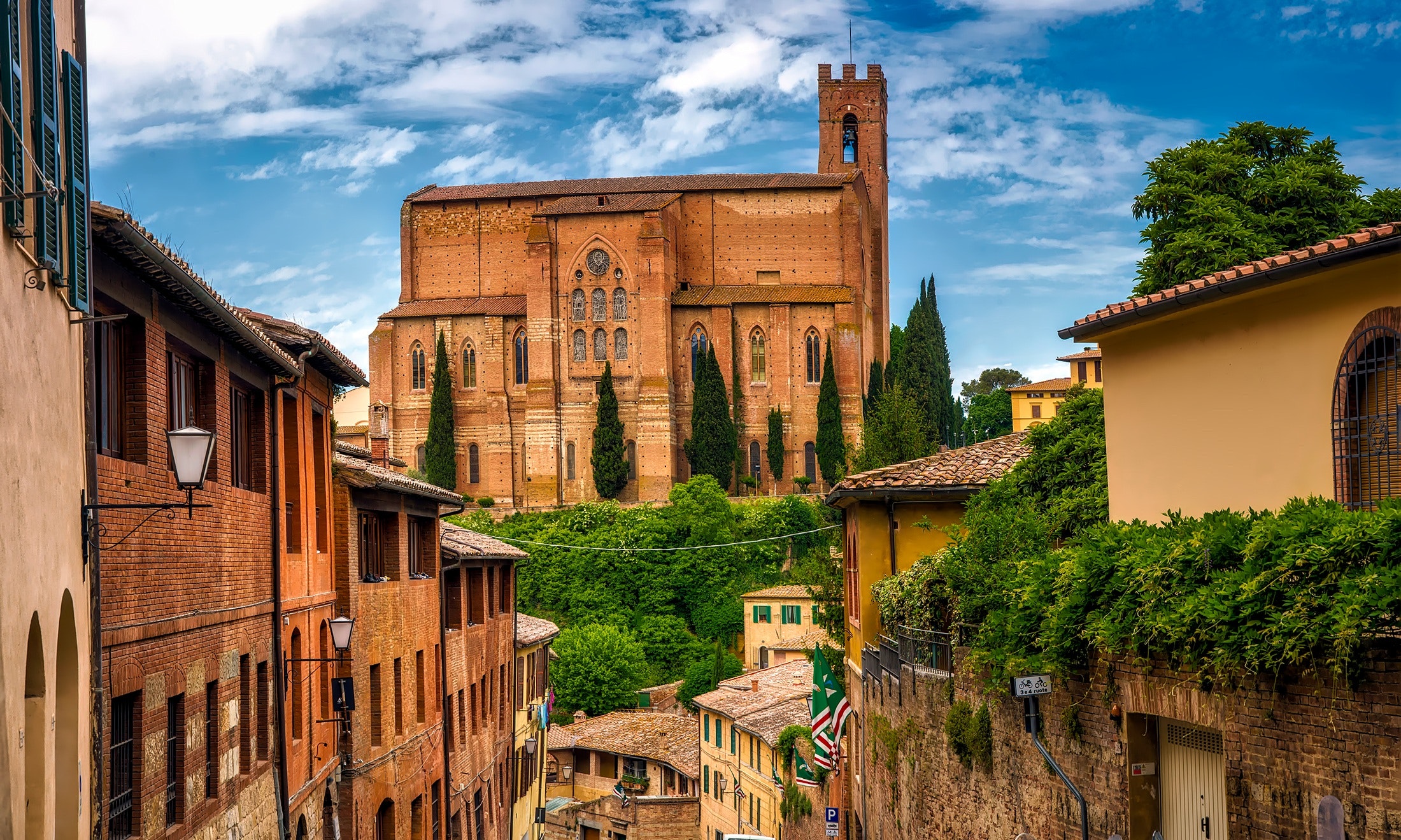 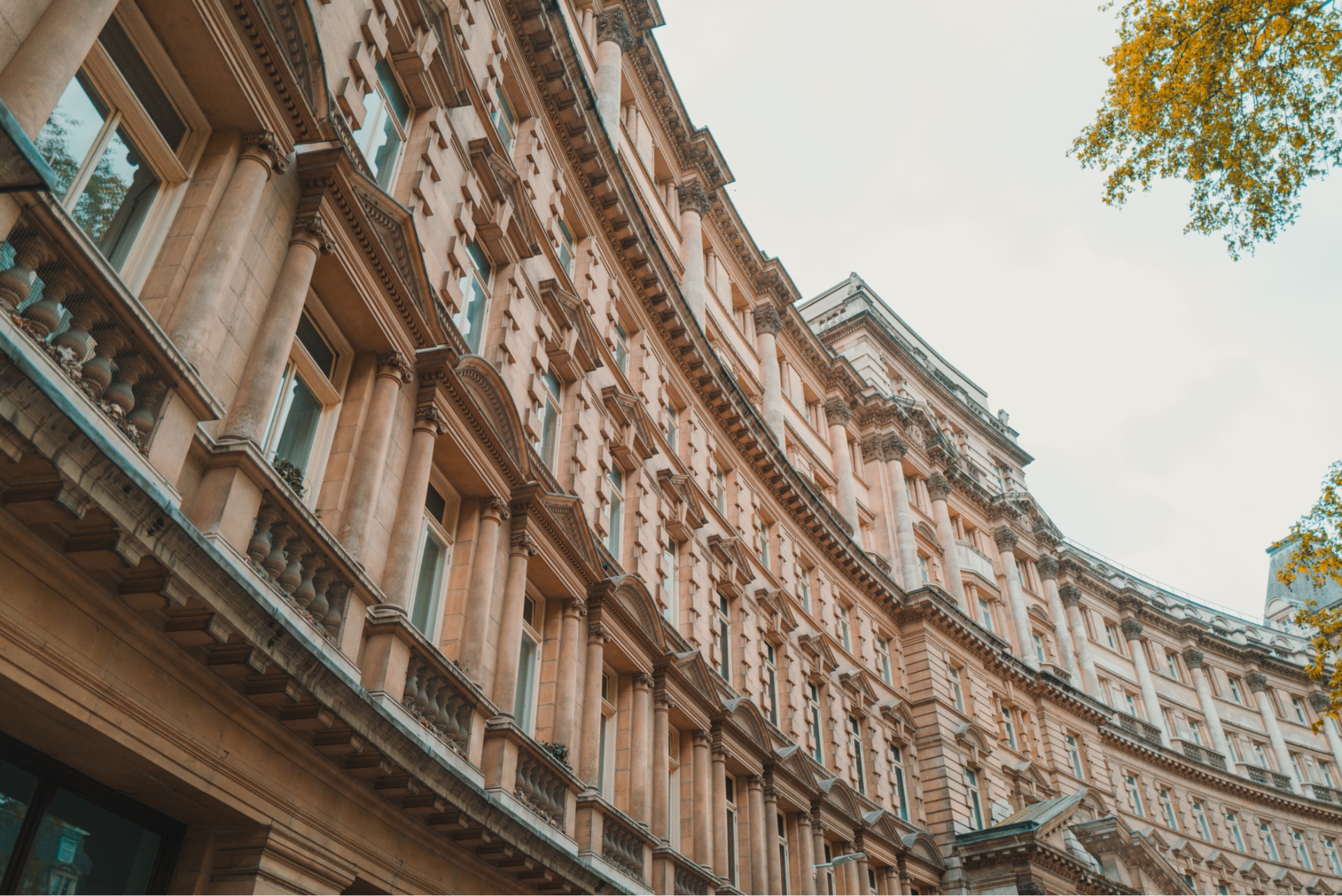 The UK Student Housing Shortage: A Problem Worth Solving
Sam Bailey-Watts
back to all chapters